In 2017, I wrote, illustrated and designed Angry Akku, a picture book on anger (and its management) in young children, for Pratham Books. Here are some of its pages: 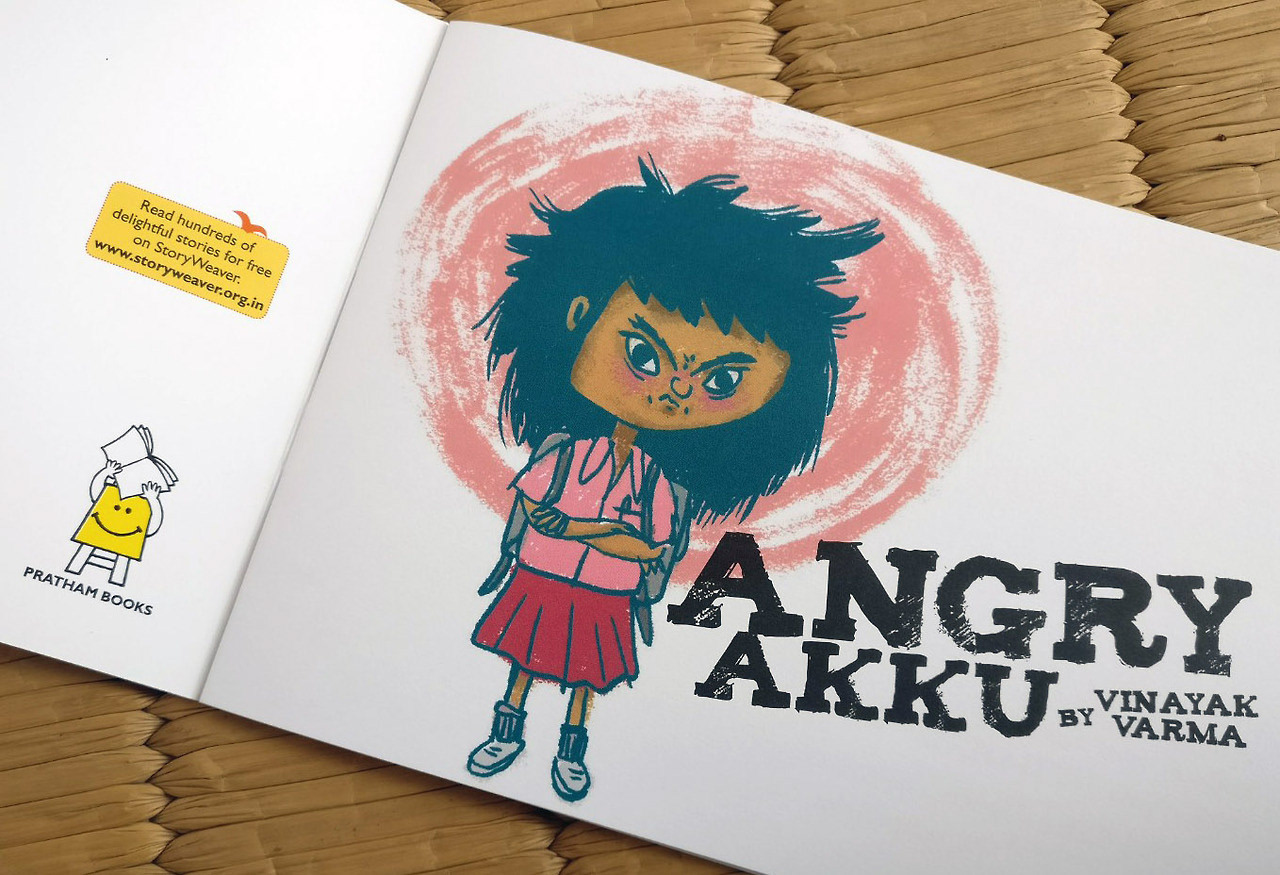 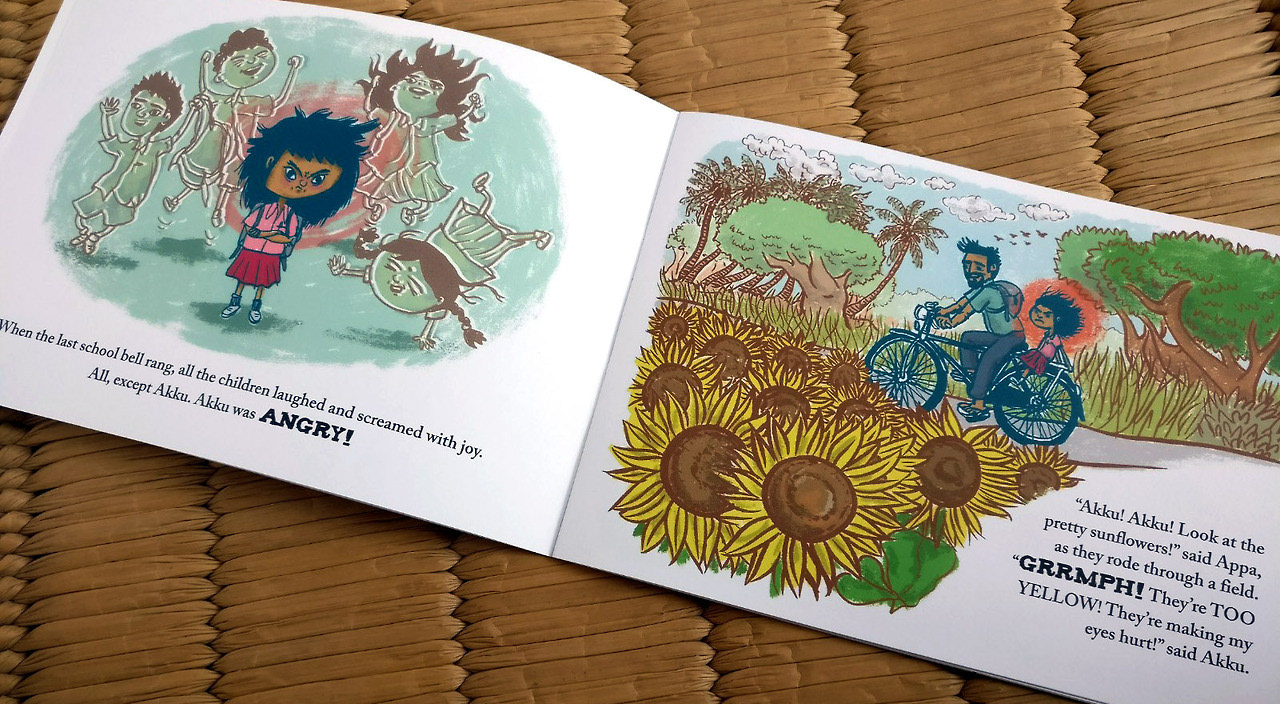 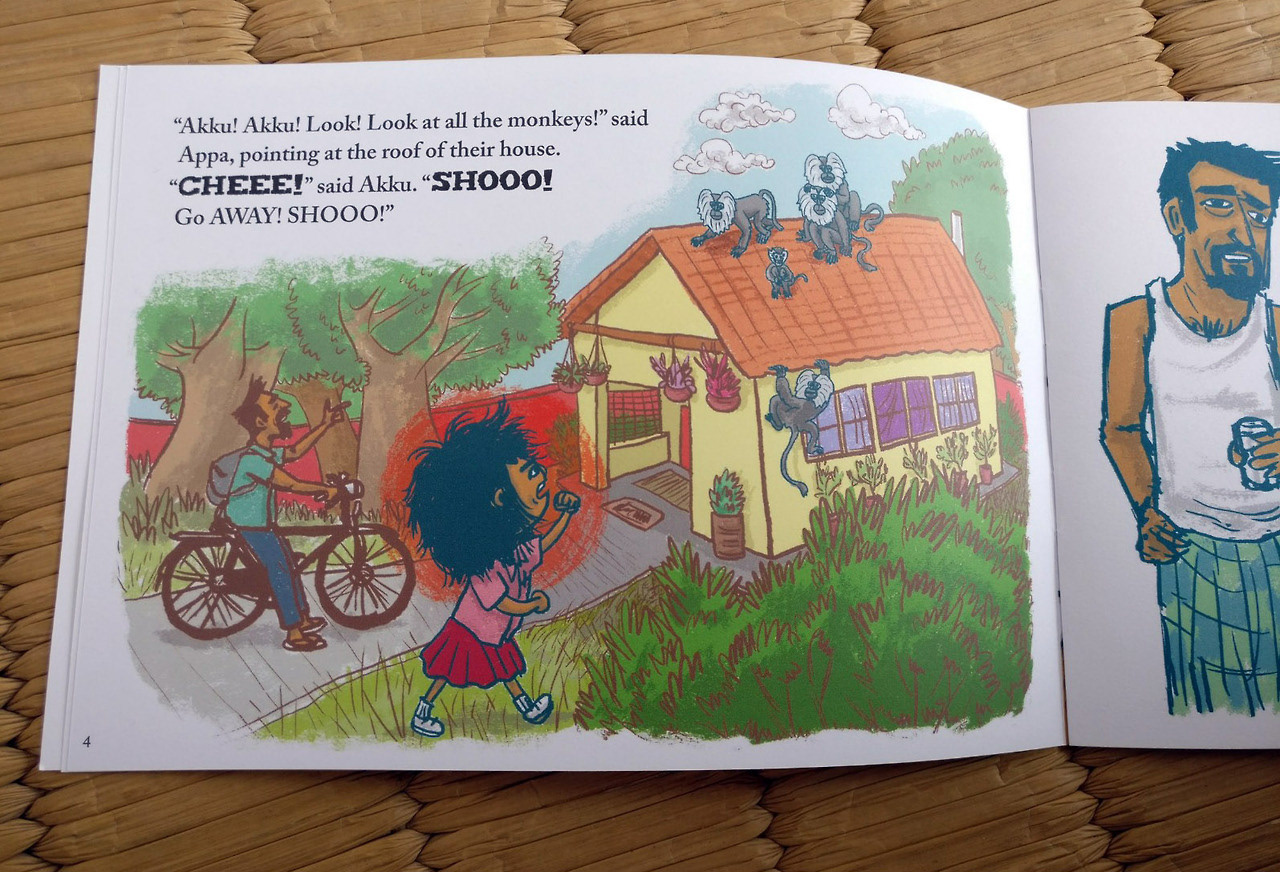 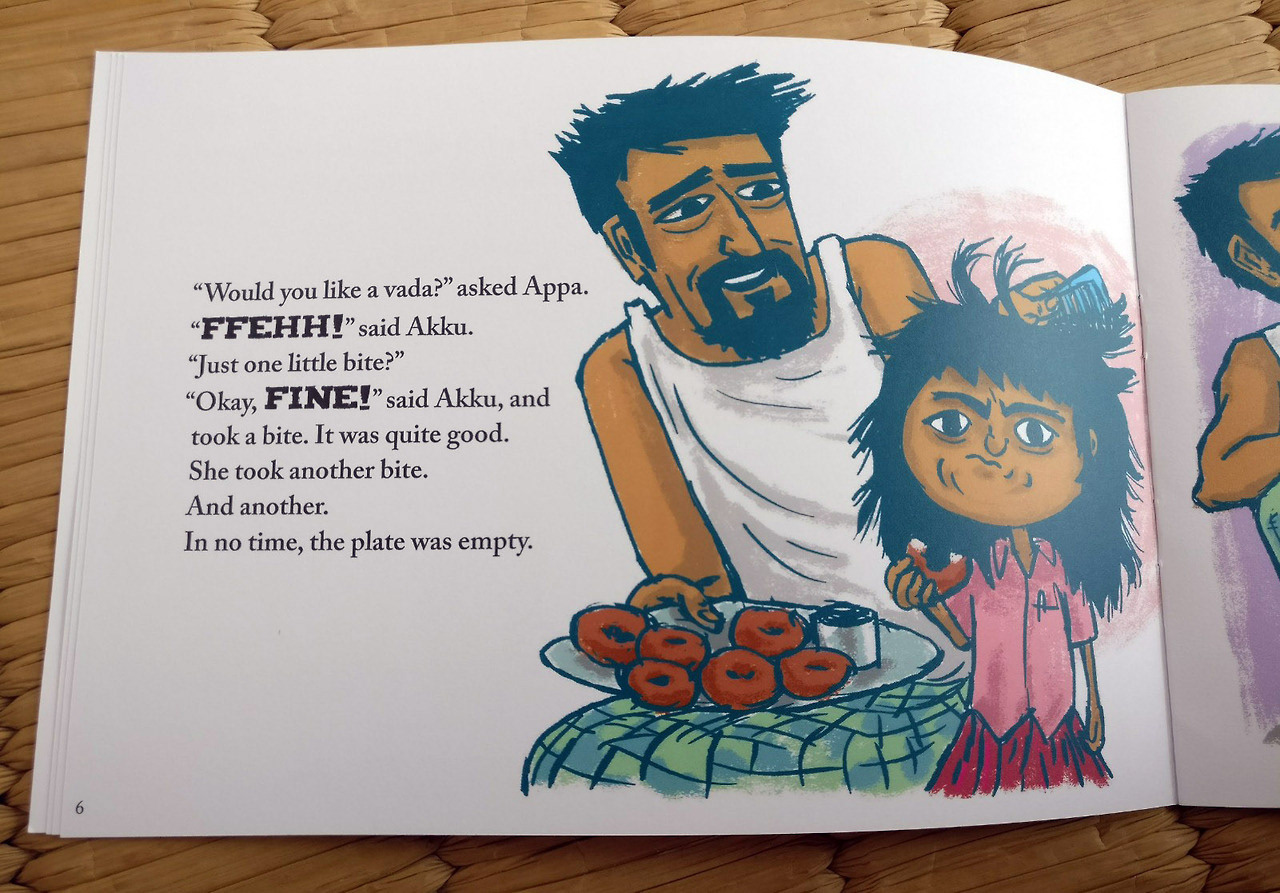 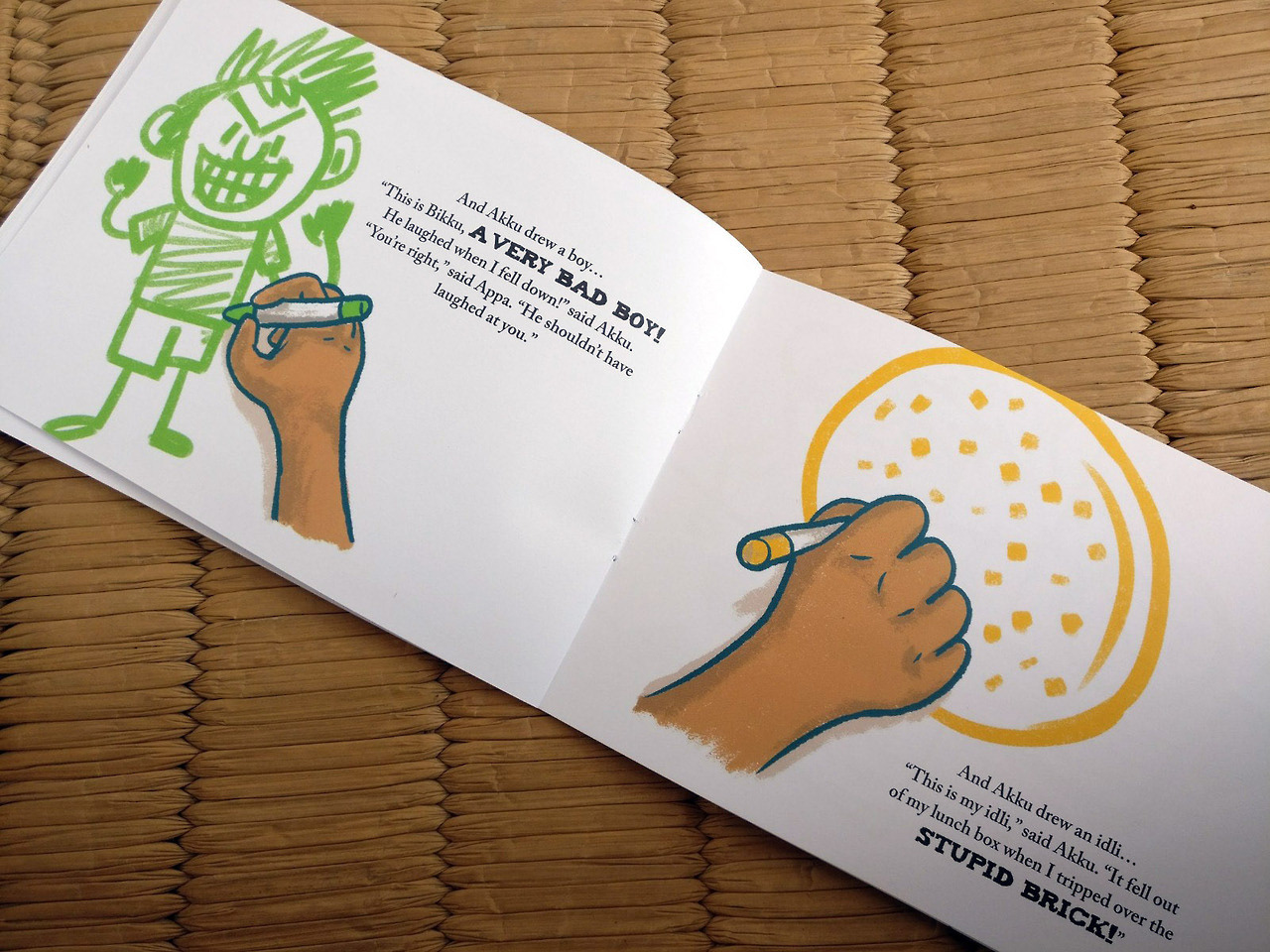 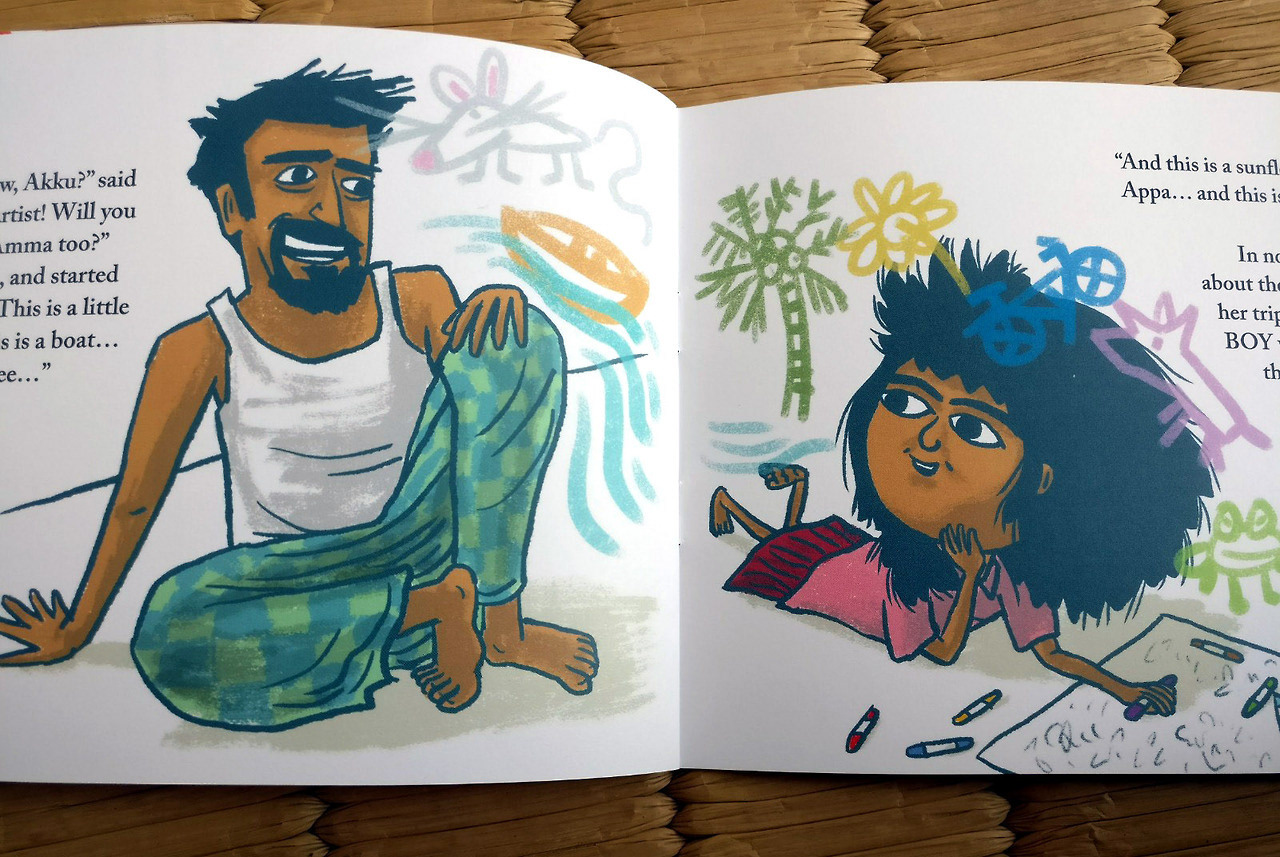 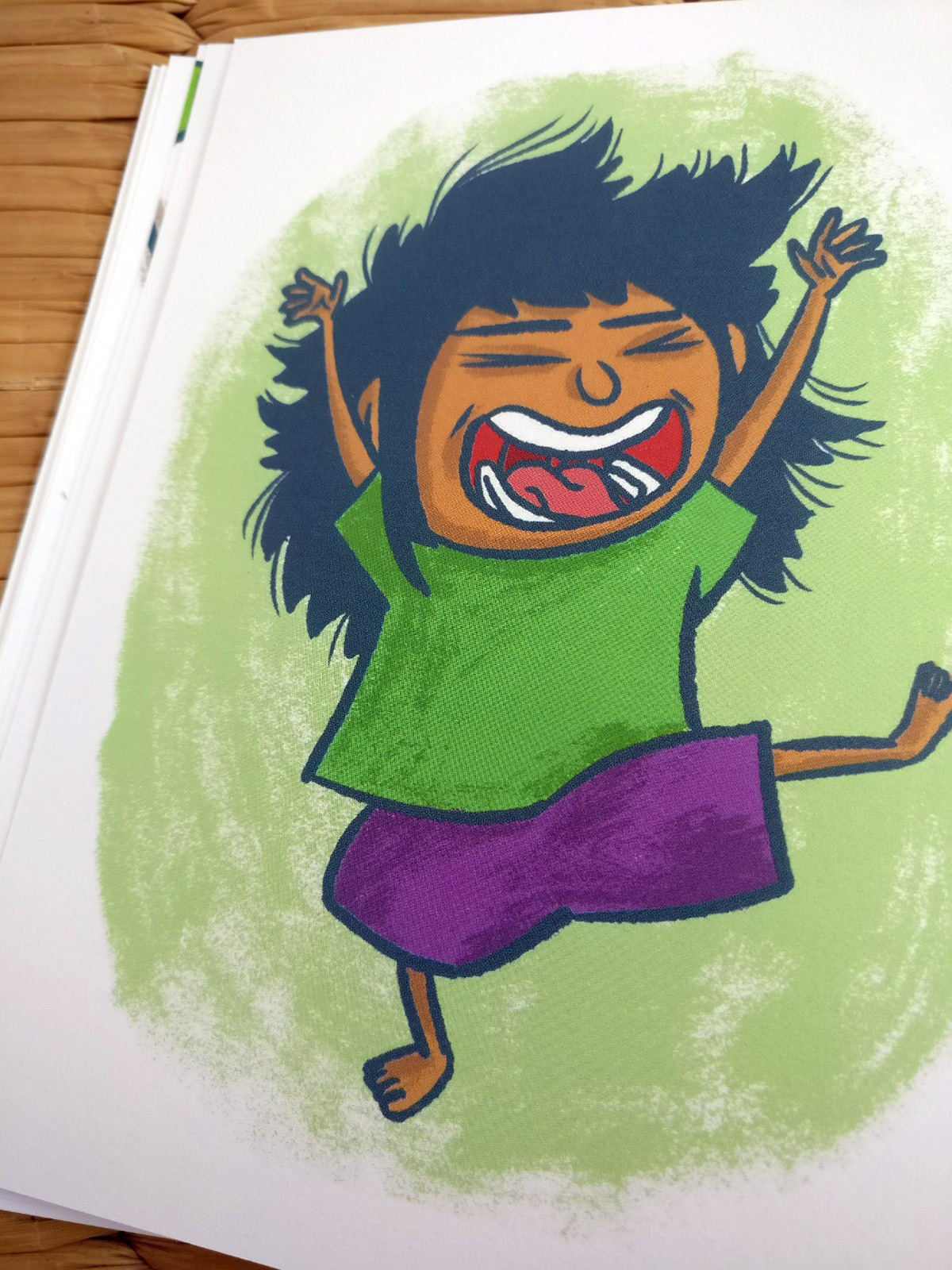 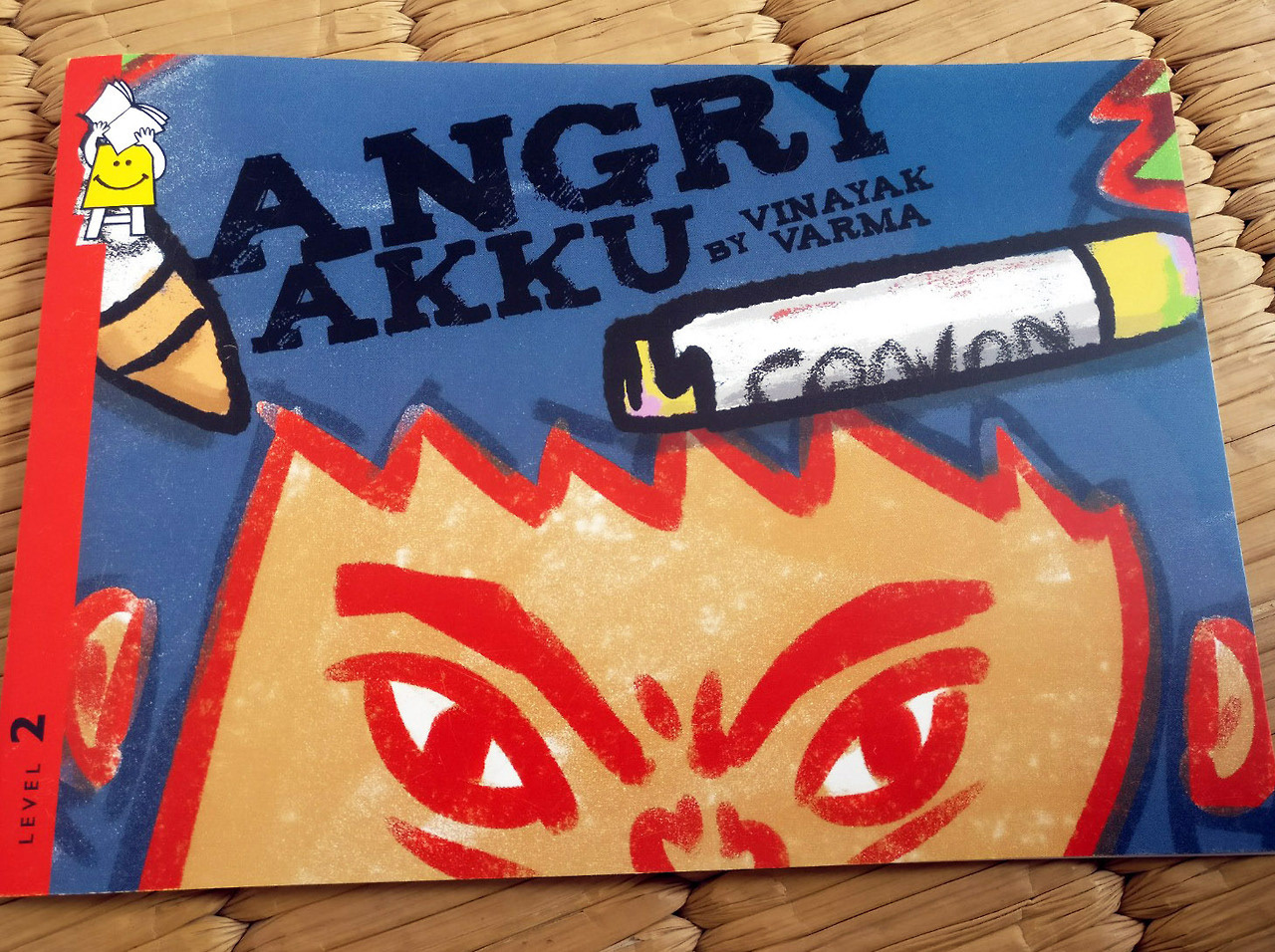 In 2019, Angry Akku was awarded The Hindu Young World - GoodBooks Prize for Best Picture Book in the ‘Story’ Category.
Award Citation
(Jury: Deepa Balsavar, Srivi Kalyan and Jane Sahi)
"Angry Akku is an unusual picture book that presents the complex emotion of anger in a sensitive way. Akku's simmering anger and the reasons for it are revealed through a thoughtful conversation between father and daughter.
Vinayak Varma, writer and illustrator of the book, gently teases out the relationship between the feisty Akku and her father, who patiently responds to her dark mood. No single moral or readymade solution is offered but gradually her father encourages Akku both to express her feelings and to move on. Her father's approach of using drawing to bring out Akku's emotions captures a simple, yet powerful way to reach into a child's heart. Akku's drawings are as vibrant as her emotions and this interplay of illustration within illustration has been used very well as a creative device.
The text and the images complement each other well. The bold, black lines and the use of brightly-coloured oil pastels add to the impact of each page.
Vinayak Varma's gift of storytelling and empathy, and the human values that underpin the text are subtly and powerfully woven together. Akku shows how anger is an honest emotion, while her father makes us cherish the wonderment and deep affection of being a parent."
---
Like everything else on Pratham Books’ StoryWeaver, Angry Akku has been published under a Creative Commons license that allows anyone to freely read, download, share, print, translate and adapt the story and artwork: https://storyweaver.org.in/stories/12433-angry-akku
In case you’re interested in some of the thinking that went into this book, here’s my initial explanatory note to the editors at Pratham Books:
“This story is based on recommendations by child specialists on how to deal with angry children. There are many reasons why children get angry: from being ignored, or slighted, or having their personal space invaded, to being hungry and tired, to just a slow day-long build-up of irritations boiling over into outright anger – these are just the tip of the iceberg. As most children lack the ability to express their anger through the kind of sophisticated vocabulary that grown-ups tend to take for granted, their feelings often go unaddressed, making them angrier still. Child psychologists recommend that adults take a slow, investigative approach to identifying the cause of a child’s anger, to acknowledge and give importance to her anger, and then to try and find creative and cathartic ways for the child to express and rid herself of her anger – this could be through drawing, or playing with clay or building blocks, or any number of other fun diversions. (Feeding the kid on time also helps!) The intent of this story is to impart these ideas to both children and parents through example. In that regard, it’s quite simple and direct in its approach, but I’ve tried to liven it up with some gentle humour. I intend, also, for the accompanying illustrations to be happy and funny, so that the end-result doesn’t come across as too preachy or moralistic. The final 'listicle’, in the activity section, is drawn from a bunch of straightforward anger-management strategies that most adults are well-acquainted with, but which may not be immediately familiar to kids.”
---
Here's a picture of me receiving the Goodbooks prize for Angry Akku from Daniel Handler (who may or may not be the alter-ego of one Lemony Snicket):

Soup: Editorial Illustration
↑Back to Top